Knowing we’re making a difference for our patients means the world to us! See what our effortless IVF patients are saying.

We came here because we had tried to have a baby for about 4 years, and we do have another older child…We actually came here intending to do another IUI with another doctor and it wasn’t until we actually sat down here and walked through the whole process that we learned about effortless IVF and with the cost difference compared to traditional it seemed that we had to go that route and give it a try with the rates of success versus IUI…It was exciting. It was like half the cost. And to actually be able to carry the embryos in me during that time instead of in a lab was huge to me…Just really hopeful. Dr. Kathy gave us a lot of positive hope.

I would like give a brief testimony about my experience with INVOcell. My husband and I have always had a hard time conceiving. We had our daughter 8 years ago, conceived naturally after 8 years of trying. We ran a gamut of test and always had normal results. So our infertility was unexplained. Once we became pregnant with our daughter we thought we would hopefully become easily pregnant again. Not so. After trying another 6 or so years we decided to seek help. We came to the clinic upon reference from two of my other doctors. We tried IUI’s with some results. We would become pregnant but the pregnancies would not remain viable. It was heartbreaking. We decided our best option was IVF so we starting inquiring about this option. The cost were enormous and we had already spent so much, since our insurance covered nothing. We were then told about INVOcell and were offered an opportunity to be involved in the trial. We were explained that it was a trial and that our costs would be reduced. We decided to go for it. The process was very easy. Wearing the INVOcell device was not uncomfortable in the least. You never even knew it was there. I myself was chosen for the traditional IVF. But had to wear the device to make sure if I was chosen for the INVOcell that it was ok with my body. We were successful in our desire to have another child. We had a sweet baby boy on May 28th, 2014. He was born early and with some complications but has since become a healthy happy child. We are very thankful for INVOcell.

My husband and I struggled to conceive for a little over 4 years. During this time we carefully weighed our options to start our family. After prayer and planning we set up our appointment with Care fertility. We were more than blessed to have the opportunity to be able to take part in the INVOcell study. In our minds INVOcell felt more comfortable and allowed us to feel more in control of having a baby. The time involved is far less than the average IVF treatment and for me allowed my husband and I to take less days off from work during the study. I felt I had some control of a situation that for years was far out of my control. INVOcell gave us our miracle and I would recommend it to anyone struggling with fertility. Thank you CARE fertility and INVOcell for allowing me the greatest miracle of being called a mom.

We are so thankful that we were lead to pursue fertility at CARE. The INVOcell procedure was relatively simple and incredibly unique. It was amazing to carry the embryos rather than them developing in a lab. When we were told I was pregnant, I fell to my knees thanking our Heavenly Father. Then, we were told there were 2!..Twins! We were so excited and so grateful for the doctors at CARE. I was so impressed with everyone we worked with, even the receptionist were so gentle and kind. I have recommended CARE to many of my friends. It was a wonderful experience, And since a picture is worth 1000 words, I included 3! 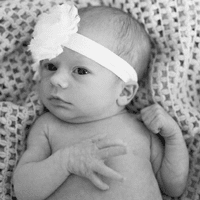 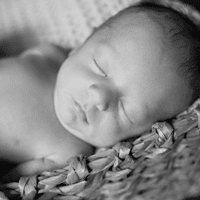 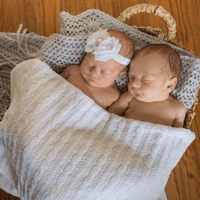 My husband and I had been trying for a baby for over five years. After many tests left our infertility unexplained and three failed IUIs, we were given the opportunity to join the INVOcell trial at CARE. I was hesitant to go the trial route at first, fearing complications or disappointment if the success rates weren't as high as traditional treatments, but several factors about INVOcell convinced us that it was a good match for us as our first shot at IVF: I liked that I'd be treated with the same fertility medications that traditional IVF patients received and in lower doses; all the research I could find indicated that INVOcell was experiencing similar success rates to traditional IVF without additional risk to patients or the children conceived and it has already been approved in several other countries; and, of course, it was considerably more affordable than traditional IVF.

I befriended another girl in the study who was in the control group because our egg retrievals were scheduled one after the other and we were waiting in the OR prep area together. After comparing notes, I know the whole INVOcell procedure was basically the same as her traditional IVF other than a very short extra visit for me in which the device was inserted a few hours after the egg retrieval. When the doctor was positioning the device there was a little pressure, but nothing too uncomfortable, and after that I really barely noticed that it was there for the five-day incubation period. I felt fine and free to go about my normal routine that week. (My husband and I like to say that our son went to his first concert that weekend.) After the five days, the INVOcell device was taken out, and CARE let us know that we had one perfect 5AA embryo to transfer. Nine days later, on Thanksgiving day, my new friend and I both got the good news from CARE that we were pregnant. Thankful, to say the least.

The doctors, nurses, and staff at CARE all made an incredibly trying journey through infertility manageable. They made the many required office visits as convenient as possible around my work schedule and were pleasant and prompt while I was there. They made my husband and I feel comfortable throughout every personal procedure. They explained the complicated medication schedules and instructions clearly and patiently.

A year later, my husband and I are blessed to have a perfect, healthy baby boy in our lives--our first child, whom we have dreamed about through 13 years of marriage and before. We are so pleased that we could be a part of the INVOcell trial and hope that our participation in it helps bring about the same opportunity--a new safe and affordable assisted reproduction option--for other Americans struggling with infertility.